A casual game about a cake.

I'm almost a bit ashamed to admit this, but Cake Defense is the first game I've actually finished. You can play the game here. 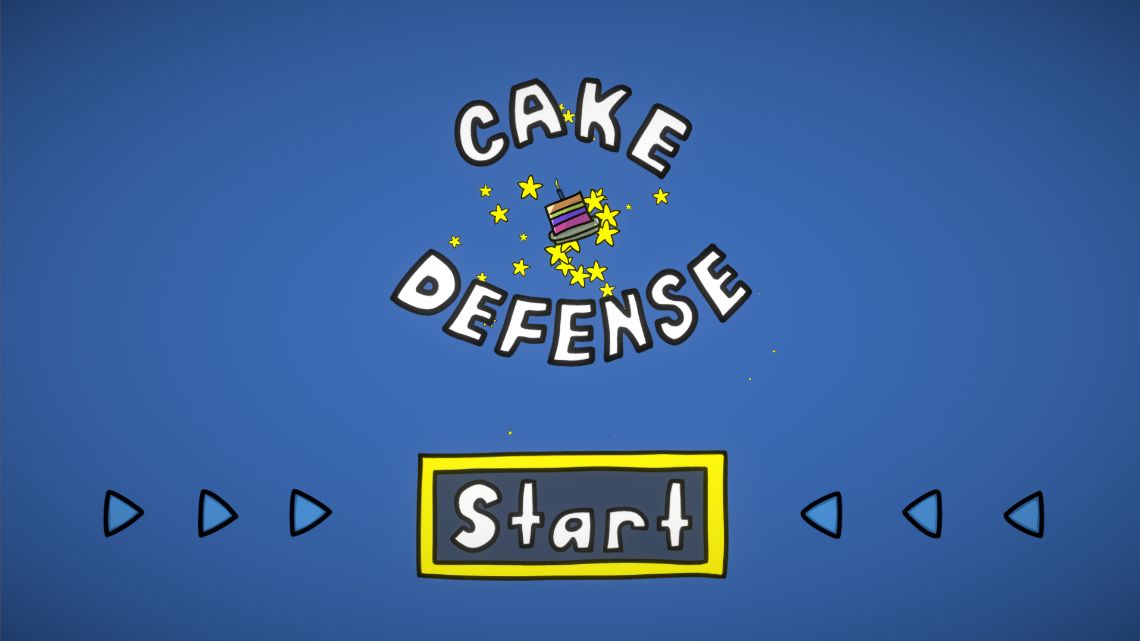 Over the Years, a considerable amount of unfinished projects have accumulated in my backlog. A bit questionable considering I've sometimes invested months or years in certain projects. It took me a long time to understand that less is often more.

The trigger for this game gave me a video of Blackthornprod, where he sets the goal to program a game within 10 minutes. Please check it out, highly recommended and exciting to the end. I wanted to try something similar, but in a longer time frame. A casual game, which also my kids could play.

And so Cake Defense came to life in just under two weeks during evening hours. I am surprised myself how much you can achieve in such a short time if you don't set your goals too high. And above all, it's so much more fun.

Unity moved away from asm.js builds in 2018. The Webassembly output format is the state of the art in combination with WebGL 2. I'm really excited about this tech, but we're still a few steps away from a single build target which just works everywhere. Desktop browsers mostly work fine, but mobile devices still need to catch up. Webassembly seems to work on 85% of all devices which I think is crazy considering how young this tech is. WebGL 2 support is available on 70%. Additionaly, large downloads lead to long loading times and some browsers limit the maximum working memory for a page. So you need reduce the size of your build output wherever possible. I also learned, that some settings in Unity can lead to bad compatibility overall.

Here a few things to watch out for:

This was the first time I also dealt with the Unity Timeline. The timeline allows you to create in-game sequences with multiple game objects being coordinated together. The potential is huge and basically it works. But there are some rough edges one needs to overcome. I guess, Ringo agrees.